Mithymna is a traditional town declared as a protected area. The castle is a landmark, around which the town is built. The construction material used to build its houses are black stone and wood. Lime mortal is used as a sealing agent between the stone blocks which are used for building walls. Roofs are four-sided sloped roofs and are covered by Byzantine (classic red tiling). 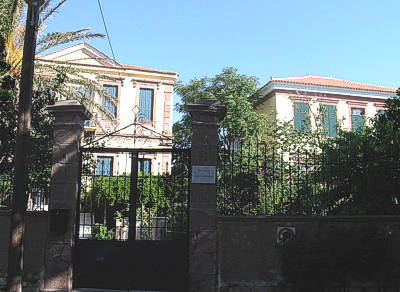 Many neoclassic buildings, erected during the 19th and early 20th century are still standing in Molyvos. Typical examples are the manor houses of the Krallis and Giannakou families.

Furthermore, many of the public fountains date from the Ottoman Turk Occupation; most of these are still in operation. Typical buildings of this period are the parish churches of Taxiarches (1795), Agios(St.) Panteleimon (1844) and Agia(St.) Kyriaki.

Since 1965 Molyvos has been declared a protected site (the cometent authorities put a preservation order on Molyvos, as it is a traditional settlement). The town's inhabitants are fully aware of the need for the natural and historical environment to be protected and have succeeded in preserving the town's traditional charm and thus glory in bequeathing their heritage to posterity.